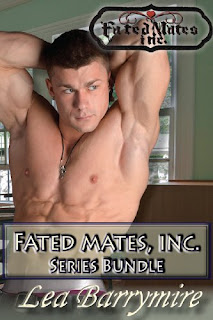 Blurb:
Fated Mates, Incorporated- The premiere dating service company. They promise to find that perfect someone within three pairings.
Liz stepped into the waiting room for Fated Mates, Inc with trepidation. Driven to the dating service by her meddling family, she walks in hoping for something but expecting nothing. What she received was a chance encounter with a hunky tattooed man. Byte happens to be interviewing for his first date assignment as well.
A building-wide power failure causes a lockdown that throws them together and the sparks fly.
Links:
Smashwords: https://www.smashwords.com/books/view/339994
Amazon: http://www.amazon.com/Byte-Marks-Fated-Mates-ebook/dp/B00E41MTQY
B&N: http://www.barnesandnoble.com/w/byte-marks-lea-barrymire/1116264336?ean=2940045163354
ARe: https://www.allromanceebooks.com/product-bytemarksfatedmatesincseries-1253808-356.html
First Kiss Snippet:
Even as her cheeks burned with a fierce blush she could feel all the way to her ears, she pressed her mouth to his. He hesitated a moment before kissing her back. The slow slide of his lips over hers and the warm rasp of calloused palms along the side of her jaw had a low moan slipping from her. The tip of his tongue glided along her lower lip and she thought she’d combust. She opened to him and expected an invasion, but he took his time stroking her, teasing her until she dueled with him and chased his lips with hers when he tried to back away. Even then he only gave her a moment of want before he was back with teeth and tongue.

Fated Mates, Incorporated- The premiere dating service company. They promise to find that perfect someone within three pairings.
Alicia prides herself on the chocolate confections she creates. But running her own business leaves her lonely. When someone pays for her to have a month's services from Fated Mates, Inc. she can't pass up the opportunity and waits impatiently for her first match to contact her.
When Justin walks into her store, Sweet Success, she can't help but melt like the finest of Belgian chocolates.
Naughtiness abounds with melted chocolate, sprinkles and other sticky fun...
Links:
Smashwords https://www.smashwords.com/books/view/346890
Amazon: http://www.amazon.com/dp/B00EL2NUNW
B&N: http://www.barnesandnoble.com/w/justins-desserts-lea-barrymire/1116467075?ean=2940045211376
ARe: https://www.allromanceebooks.com/product-justin039sdessertsfatedmatesincseries-1268366-356.html
First Kiss Snippet:
“Desserts. You’re supposed to be teaching me about desserts.” Alicia struggled to form coherent words while plastered against his chest.
A rough palm cupped her face and tilted her head back until her gaze was once again caught by his. He slowly brought his lips to hers. Their breaths mingled between their lips. She could taste the spice on his moist exhale and knew she’d die without a taste of him. As if he read her thoughts, he pressed his mouth to hers in a soft, sensual slide. He didn’t press for her to open or invade with his tongue. Instead he nibbled and sipped at her mouth.

Fated Mates, Incorporated- The premiere dating service company. They promise to find that perfect someone within three pairings.
Chad 'Chopper' Deiter walks into Samantha's physical therapy office and she can't help but trip over her own feet and tongue each time she sees him. All that leather and denim sets her heart racing. When Sam shows up for her first Fated Mates date and Chopper rolls in on his motorcycle she nearly faints.
What's she supposed to do? Blow off her dating service setup or the man she's been eyeing?
Links:
Smashwords https://www.smashwords.com/books/view/356622
Amazon: http://www.amazon.com/Touching-Chopper-Fated-Series-ebook/dp/B00FA3PKGG
B&N: http://www.barnesandnoble.com/w/touching-chopper-lea-barrymire/1116913261?ean=2940045264716
ARe: https://www.allromanceebooks.com/product-touchingchopperfatedmatesincseries-1291940-356.html
First Kiss Snippet:
The sound of his low groan brought her eyes to his. The look of need shining from his hooded gaze yanked a gasp from her. He leaned down, intent clearly written across her face. “I’ve wanted to do this since the first day I saw you.”
She didn’t have time to process his statement before warm lips touched hers and strong arms banded around her back. She was pulled flush against his chest and she melted into the embrace. He didn’t force his touch on her, instead he tempted her, entreated with his mouth. Their breaths mingled together as he slid moist lips across hers. Her pussy ached even as she took his hot exhale into her lungs.

Fated Mates, Incorporated- The premiere dating service company. They promise to find that perfect someone within three pairings.
As one of the techs for Fated Mates, Inc., Casey Michaels leaps into action when the entire virtual system fails. Working for the dating company is rewarding and fun until there's a problem. Of the two-legged variety.
When Isaac Steffens, the man she’s been lusting and crushing over, walks into her office to help she can barely keep her hands to herself. The suggestion to test the interview programs has her panicking, but how can she tell him she’s afraid to let the system record her reaction to him?
The surprise he planned for her will get her geeky heart pumping. Perhaps even Fated Mates employees find their ‘happy ever after’.
Links:
Smashwords: https://www.smashwords.com/books/view/371898
Amazon: http://www.amazon.com/Winning-Isaac-Fated-Mates-Inc-ebook/dp/B00GA8EKTS
B&N: http://www.barnesandnoble.com/w/winning-isaac-lea-barrymire/1117351890?ean=2940045405256
ARe: https://www.allromanceebooks.com/product-winningisaacfatedmatesincseries-1331866-356.html
First Kiss Snippet:
A thrill went through her when he groaned and wrapped his arms around her, dragging her against his chest. Gentle fingers cupped her jaw, as he bent to bring their mouths together.
Reality was so much better than the virtual kisses they’d shared. His lips were warm and wet as they feathered across hers. The flick of his tongue against the seam of her mouth had her grinning. She opened for him and turned her head to give him more room to explore. When he teased her tongue with his, she gasped at the sensual feel.
When she needed to breathe she gave his lower lip a nip and grinned. Pulling away from his mouth was one of the hardest things she’d done. He tasted of mint and man, hot and wet with desire. She could have kept kissing him for hours.


Author Bio:
Lea lives in Western New York with her hubby, three children, and miscellaneous critters. Before the rug rats, she lived a life of adventure, following her husband all over Europe with the US military. She's slept in a car outside Paris, drove six hours just to see tulips in the Netherlands, and knocked ash from her shoes at Pompeii. Now she spends her time in life's adventures at soccer games, PTA meetings and school plays.Lea has loved reading from a very young age, spending many sleepless nights devouring books. Science fiction and paranormal were her favorite genres to read as a teenager, and that love bled into her adult life. She started writing during a bout of insomnia, to fill time, and found it filled a creative void. Now she communes regularly with the characters in her head and tries not to laugh out loud when they say something funny.When Lea isn't reading, writing or corralling kids, she enjoys watching movies and sciencey shows, or just kicking back and listening to some music.