Back List Spotlight: Half in Love #PRN #eroticromance #shifters 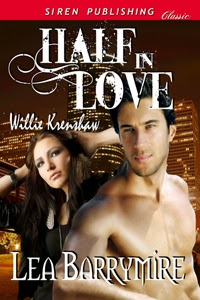 Blurb:
Willie Krenshaw wanted nothing more than a few minutes watching the waters of Lake Erie after a long workday. What she ended up with was a drugged male vampire and an itch to be a Good Samaritan. 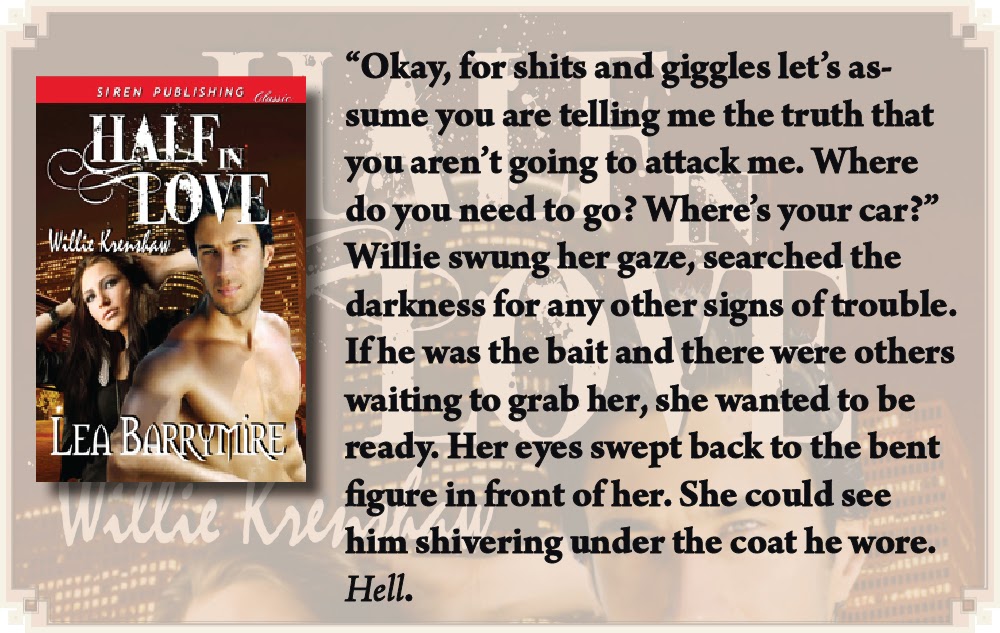