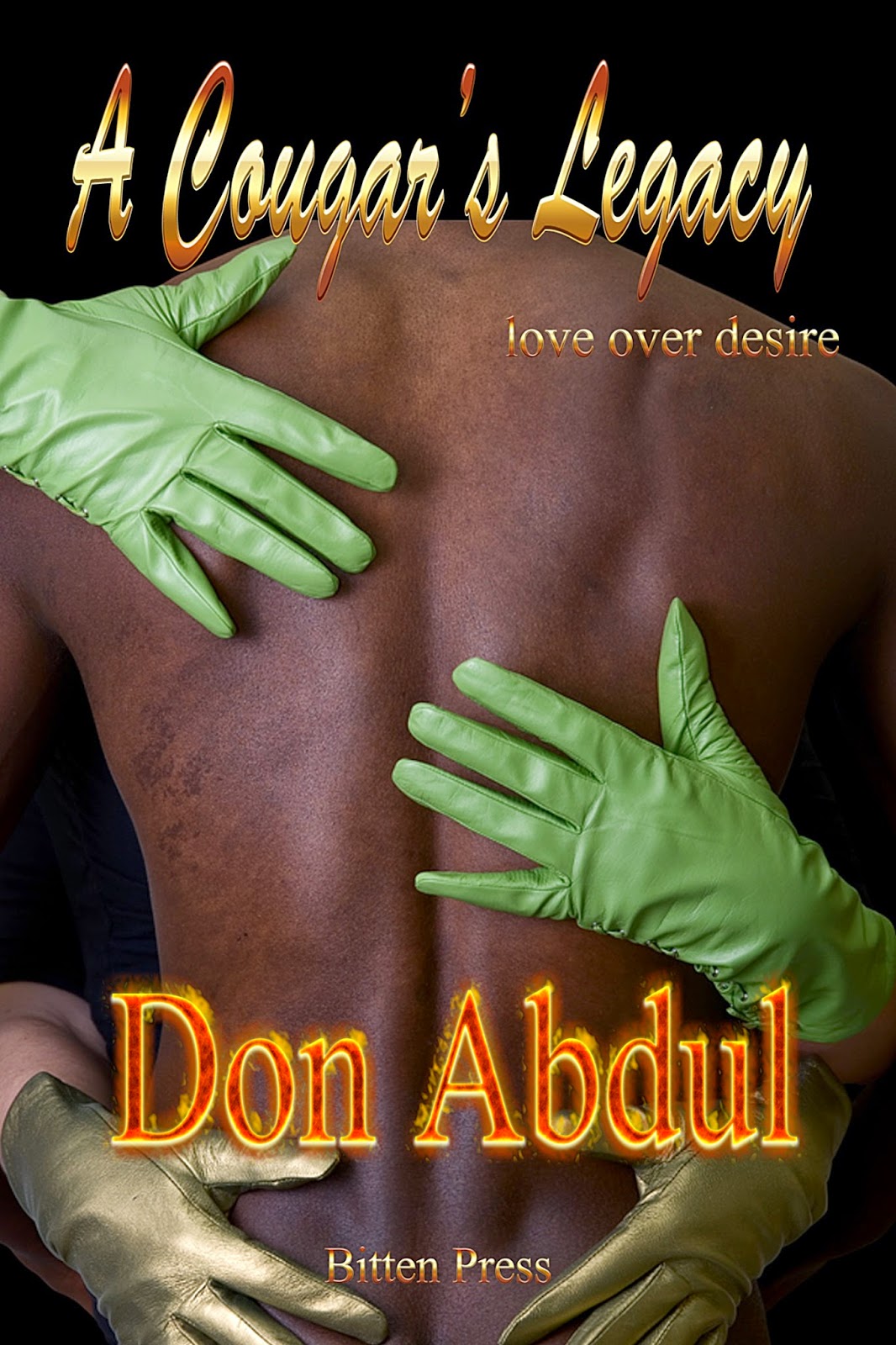 Blurb
The future of Marie-Claire and Ray’s romantic relationship is forged in the heat of their first lover’s tiff. The couple has barely kissed and made up when Marie-Claire’s bisexual lover Cynthia comes visiting. When Marie-Claire accidentally unmasks Cynthia’s selfish motivation, she becomes acquainted with a side of Ray that she never thought she would see in a man ever again.

Still feeling hot and bothered from their steamy embrace, Marie-Claire gingerly stepped out of the shower. She was immediately followed by Ray. Still high on his promise of an orgasm, she handed him a terry cloth robe with which he dried himself as he followed her into the guest bedroom.
Before he could put on the robe however, Marie-Claire lost control to her desire. She licked her lips eying his still erect chocolate cock. Unable to resist the temptation any longer, she stepped closer to him and took it in her trembling hand.
“Mmm...” A soft moan escaped her parted lips. She shut her eyes and revelled shamelessly in the incredible girth and warmth of his member in her grasp. Opening her eyes, she looked down hungrily at the rock hard flesh. It pulsed and proudly jutted out from the neatly trimmed pubic hair around her younger lover’s crotch.
Marie-Claire started to pull back his foreskin, but she changed her mind.
‘It’ll be so much better in my own bed...’ she thought, preferring to have him relieve the tension in her aching cunt in the comfort of her own bed rather than in impersonal surroundings of her guest bedroom. Still holding onto his throbbing cock, she led him down the corridor to the master bedroom.
She led the way to her expansive bed, but just before she climbed into it, Ray, seized her arm and then spun her gently around. He caught her with a graceful ease in his warm embrace. Lifting her face up by the chin, he claimed her sensuous lips.
Their kiss was soft and tender at first, and then she gasped, and melded her naked body against his hard chocolate frame, sucking on his tongue with increasing hunger.
“Mmm...” she moaned as he reciprocated her rising passion. Swirling his tongue around hers, he paused to lick and then playfully nibble on her lower lip before sensuously sliding his tongue back into her mouth.
‘Mon dieu, he’s such an excellent kisser,’ she thought. She particularly admired the fact that he didn’t seem to be in any hurry as he explored her warm mouth with his tongue. It had been a long time since any man focused on her needs rather than race through the romantic prelude to sexual intercourse.
In that instant, she was glad she had braved the pain of loneliness to consign her treacherous ex-husband into the garbage heap of her past.
In the meantime, she was content to surrender completely to the loving embrace of her handsome young lover. She sucked his tongue between her lips, in the fashion of a blow job.
Ray’s steely erection pressed and poked at her trim tummy, awakening a desperate desire to wrap her lips around it. A shiver of excitement rushed through her when Ray moaned, and then grabbed her full round ass, crushing her pelvis harder against his crotch.
Marie-Claire could feel the raging pulse of his engorged penis as he ground his groin against hers. She was out of breath and feeling giddy as his cock massaged her sensitive nub.
They came up for air and she whispered a breathless plea into his ear.
“Oh baby... I want to suck your beautiful chocolate cock now...”
Ray murmured a response but Marie-Claire was so high on the potent cocktail of intense sexual heat, smells and sounds around her, that she paid very little mind to anything but her instinct for sexual gratification.

5 facts about yourself that most wouldn't know
1. Father of two teenage boys
2. I have a highly technical day job
3. I have at least fifteen published books
4. My journey as a writer actually started with writing poetry
5. It took me five years to get published