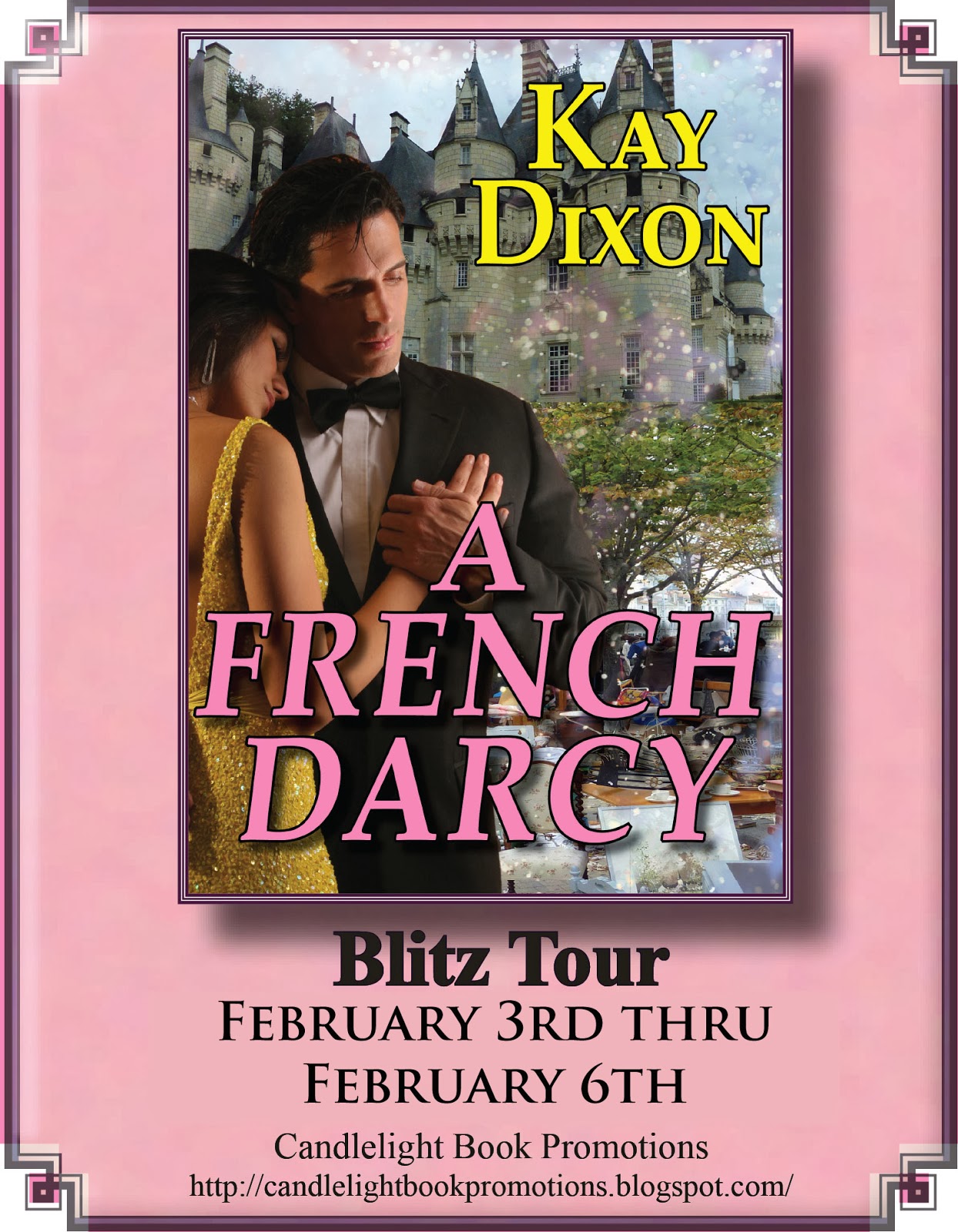 Blurb:
Fired from her high-flying corporate job, marketing guru Rebecca Ford arrives in rural France for a period of rest and recuperation. Despite being prompted by her best friend, attracting a ‘French Darcy’ is a long way from her thoughts.

Before her feet touch the ground, she finds herself drawn to two men—the Vicomte de Bornay, a member of the French nobility who appeals to her desire for respect and status; and Marc Lambert, a good-looking street trader who both irritates and intrigues her in equal measure.
The Vicomte makes his play and flatters her by asking for her professional help. The street trader ignores her ...  at least for a while.

But then she finds that to choose between them involves more than her own happiness—other people’s livelihoods are at stake. She’s forced to reappraise what she wants from her life, and what she believes each man could give her.

Bio:
For many years I’ve been living and working in England, first as a professor of English and American literature, then as an advertising copywriter and more recently as a business psychologist. In the last ten years I've returned to writing novels, which I first attempted when I was a very young twenty years of age. I’ve seen lots of life since then! I've published several novels under a different name in the last eight years or so, and then decided to turn my hand to a romance. Because I'm now living in France it seemed natural that 'A French Darcy' should take place there, in a region that I know well and love.

Author Links
http://kdixon7244.wix.com/kaydixonnovels
Posted by Unknown at 12:00 AM