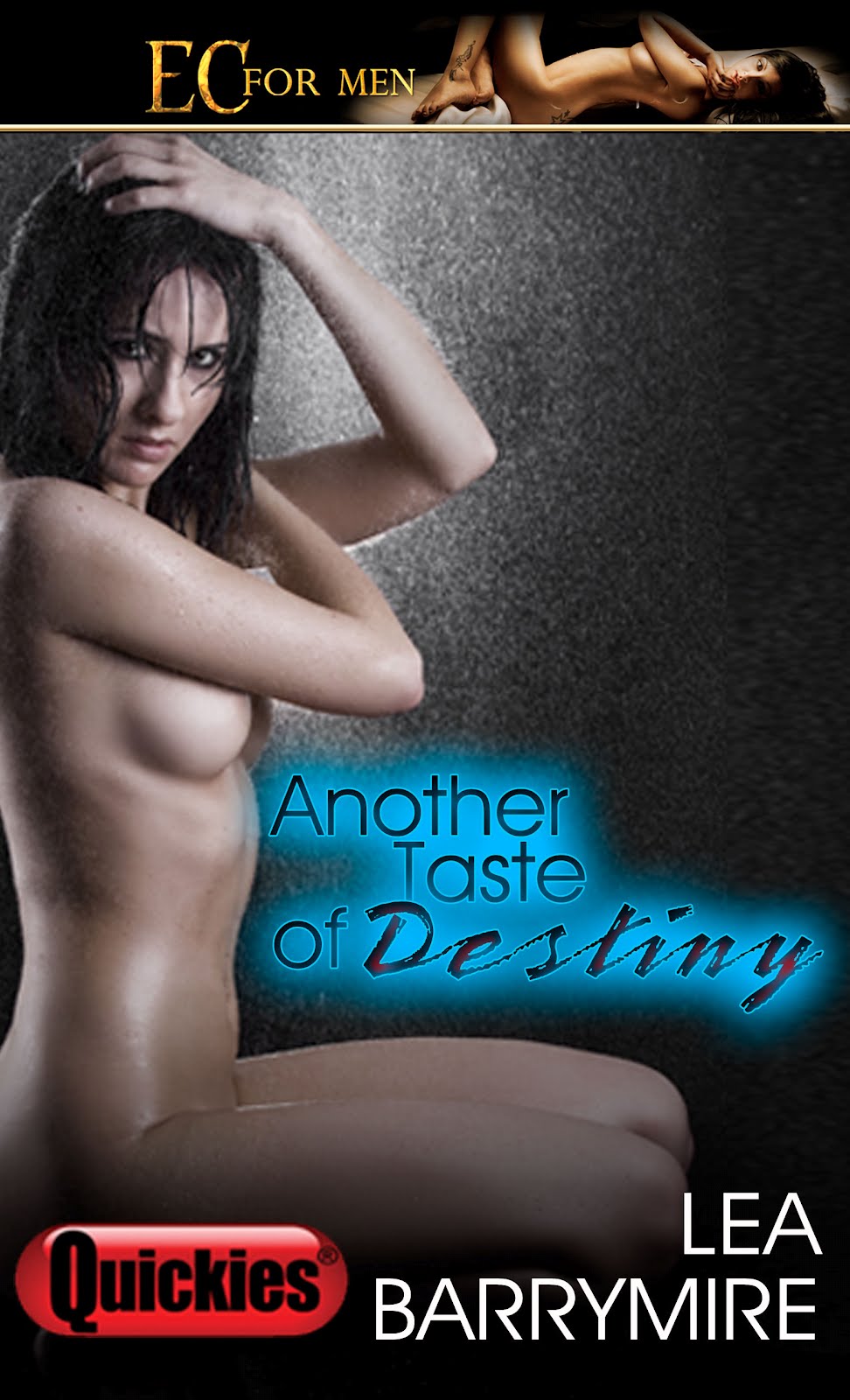 Joe’s marriage is on the rocks. His wife has even seen a lawyer. So it’s the worst possible time for a brassy hooker to walk into his life and send him reeling with lust. After a quick-and-dirty encounter in a men’s bathroom, Joe is hard pressed to think about anything but her. Destiny. His Destiny.

He has to see her again…and again. Will Destiny be the final nail in his marriage’s coffin? Or might giving in to his darkest, most depraved desires be the only way to save it?

Snippet:
Tonight she was dressed in a brilliant-blue lace bra that was completely visible through a sheer black shirt. The top three buttons were undone, allowing the bra to shine in all its iridescent glory. She had on a black skin-tight skirt that barely covered the apex of her thighs. Her heels were the same color as her bra and made him want to groan. He had a quick flash of her wrapping those long legs around his back, heels digging into the muscles of his ass as he pounded into her.

He sat, riveted by her walk. She moved like a runway model or a predator, strolling toward him with purpose and control. His palms started to sweat as she neared the table. Was he really going to go through with this? The money sitting in his pocket gave him his answer, a resounding “yes”.

“Hey, hon. Didn’t think I’d see you again. You waitin’ for your wife again?” She leaned toward him when she reached the table and dropped her voice. “Or did you come to see me again?”

The view of her tits from his seat was mesmerizing. They threatened to spill from the blue cups with each breath she took. He hoped with each inhale that one would fall out of its little nest, giving him the glimpse he so wanted. He had dreamed of her all week, but it was her nipples that had so fascinated him. The dark-pink he had caught a peek of last time had tantalized him, taunted his imagination. Tonight he wanted to see them in their full glory, puckered and aroused.

He looked up into those captivating eyes. “I came to see you.”

“Well. Ain’t that interesting. We moving to the bathrooms again or you have something more in mind?” She raised an eyebrow in question. She smoothed a hand over his shoulder and down his back. The other was drawing tight circles in the water ring left from his drink on the table.

He cleared his throat. It was now or never. “I have money for more. Where do you usually go?”

Purchase on Ellora's Cave or Amazon
Posted by Unknown at 12:00 AM