Paranormal has never been so sexy... okay, I'm sure it has, but who can resist an older-than-dirt vampire who falls for the girl next door?

Preorder is available for the second book in the Willie Krenshaw series...

Made Whole
Book 2 of the Willie Krenshaw Series 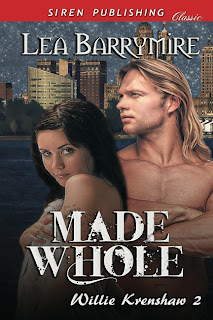 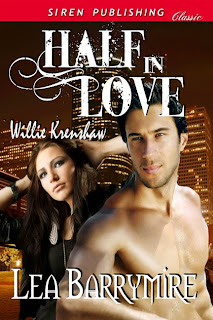 Willie Krenshaw wanted nothing more than a few minutes watching the waters of Lake Erie after a long workday. What she ended up with was a drugged male vampire and an itch to be a Good Samaritan.
When her inner kitty starts sniffing around at the male she's helping, she knows Fate's evil sense of humor is in full swing. Being a shifter-vampire hybrid is hard enough, but having a male vampire as her fated mate is just too much.
Nickola, the vampire she assists, finds her breathtaking and does all he can to push Fate's agenda.
Stephen is the male vampire Nickola is investigating for the Council. He takes aim at the couple, intent on pulling Nick to his side or killing him. Between Stephen's scheming and the Council's interest in Willie, can they survive the chaos long enough to test the depths of their passions?
A Siren Erotic Romance