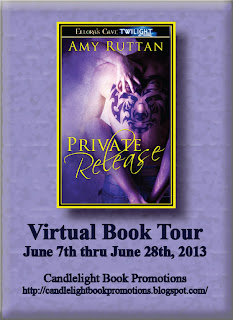 Blurb:
Jared Stevens hasn't been the same since he was shot. His duty is to marry a Mukswa woman and be a strong leader. He lets the elders of his clan choose his bride, because the woman he wants is only in his fantasies, the only woman who brings him to exquisite release.
Adele Banks loved being a Mountie, but one shot ended her career and altered her world forever. Adele is determined to make a life for herself. She's hired to recover Beare Enterprises embezzled funds, but what she didn't count on is being extremely attracted to her client when meeting him for the first time as he's naked in his shower.
Adele is Jared's mystery woman, but she's taboo. He bonds to her, but has to keep his society secret, as much as he wants to mark her as his own.
As Jared fights his own inner beast, remnants of the prior chief's wrath is affecting the clan and Adele. To save Adele's life, Jared may just have to betray his clan's secret and risk his heart.

Bio:
Born and raised on the outskirts of Toronto, Ontario Amy fled the big city to settle down with the country boy of her dreams. When she's not furiously typing away at her computer, she's a mom to three wonderful children, who have given her another job as a taxi driver.
A voracious reader, she was given her first romance novel by her grandmother who shared her penchant for a hot romance. From that moment, Amy was hooked by the magical worlds, handsome heroes and sigh worthy romances contained in the pages and she knew what she wanted to be when she grew up.
Life got in the way, and after the birth of her second child, she decided to pursue her dream of becoming a romance author.
Amy loves to hear from readers. It makes her day, in fact. You can find out more about Amy at:
Facebook: https://www.facebook.com/amy.ruttan.3?ref=tn_tnmn
Twitter: http://www.twitter.com/ruttanamy
Website: http://www.amyruttan.com
Blog: http://amyruttan.blogspot.com

Legal Information:
- Entering this contest means you have read, understood, and agree with all rules and regulations stated.- Entrants must be 18 or older (or age of majority in your country) to enter and to win.- No purchase necessary.- Void where prohibited.- All stated rules are subject to change without notification or reason given.- Chances of winning vary widely based on the number of entries received.- Prize is as stated. No substitutions or exchanges.