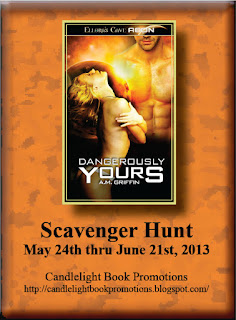 
The steamy standalone sequel to Dangerously Mine.

Kane Epps divides his life into two distinct parts—before the
alien invasion and after. Before the invasion, he had a pregnant wife and a
high-powered job. After the invasion, he’s left with only himself and his
hatred for all things alien. He channels his bitterness by captaining a vessel
of renegade humans—space pirates who don’t think twice about taking what they
need.

Princess Sa’Mya is on the run. She and a few trusted advisers fled her
home planet, only to be captured by the sexy, dangerous Captain Epps. He claims
to hate aliens but can’t seem to resist touching her or kissing her…everywhere.
As Kane introduces Sa’Mya to ever-increasing, unimaginable realms of pleasure,
the princess becomes determined to earn his trust. She’s used to getting what
she wants. And this time, what she wants is Kane Epps. 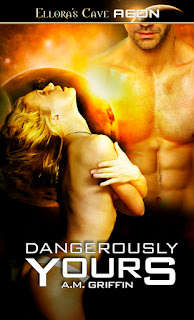 Excerpt:
Kane woke with a start.
“Lights on.” Staring up to him were wide-eyed, gold-speckled alien eyes.
Who the fuck is this?
She spoke softly. A lyrical tone caressed his ears with words he couldn’t understand.
The music.
“What the…?” His breath caught in his throat. The words hung heavy in the air. “You’re not Anna,” he whispered.
Smack. The sting of her palm across his cheek crashed him back to reality. The alien watched him in indignant shock.
“What the fuck.” Kane grabbed the intruder’s wrists and pinned them roughly by her shoulders. There was a hint of satisfaction as she squealed. If she smacked him again he would break her slender wrists in half.
“Who the hell are you?” he demanded.
Her hands curled into tight little fists as she slowly squinted until she peered at him through the slits of her eyes. His raised a brow.
Defiant little bitch, huh?
Her breasts touched his chest with each heavy gasp that she took. His nipples brushed against hers. His cock strained painfully against her, as if it had a mind of its own.
Releasing her, he rolled away. He needed to get off of her as quickly as possible. He had almost…
Remembering his nudity, he abruptly grabbed a fistful of blanket, covering his rudely jutting cock.
The alien squeaked as he yanked the blanket from her. In front of him laid a gorgeous alien. At least she appeared humanoid and wasn’t from a species that was God-awful ugly. That shouldn’t matter, he mentally scolded himself. Alien is alien. No matter what she happened to look like.
She was wearing what appeared to be a ball gown.
Great. JB and Ryan commandeered a bunch of partygoers.
His gaze settled on golden breasts as perfect and round as snow globes. Exposed brown nipples stood erect and swollen. He inwardly groaned.
Her dress had been hiked up to her hips. Her legs were splayed wide and inviting. He had come that close to fucking it. He could even feel her slick juices still coating his dick.
Kane cursed. How long would he have to scrub his dick to get the alien juice off him? His cock should have known it was pressing against alien pussy and should have shown support in the cause by going limp. Hell, it being limp had been the reason for leaving Jess’ cabin. Now, here it was full-on and rock-hard. He’d been mere minutes away from impaling her and she hadn't tried to stop him.
This was probably the guys’ idea of a joke. A very sick joke. He would kill them for sending an alien whore to his bed.
He stalked toward the door, dragging along the blanket. If waking up and finding his dick flush against alien pussy hadn't made him limp, the biting chill of the room definitely should have.
Nope. 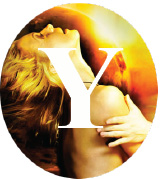 
There are 17 (seventeen) stops for this Scavenger Hunt. Each stop contains a picture/button with a letter on it. All 17 letters form a message or phrase that is associated with the book. The letters are scattered randomly to the hosts. You will need to collect all 17, unscramble them, and then enter the decoded message in the Rafflecopter for the ‘extra entries’. Good luck!

A. M. Griffin is a wife who rarely cooks, mother of three, dog owner (and sometimes dog owned), a daughter, sister, aunt and friend. She's a hard worker whose two favorite outlets are reading and writing. She enjoys reading everything from mystery novels to historical romances and of course fantasy romance. She is a believer in the unbelievable, open to all possibilities from mermaids in our oceans and seas, angels in the skies and intelligent life forms in distant galaxies.