Do I have a treat for you this week! 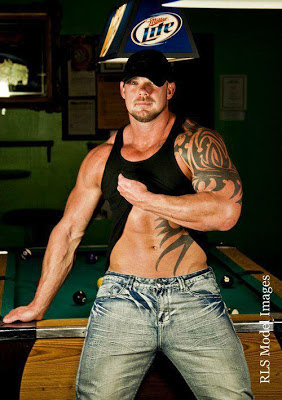 Dominic is German and Varg is Norwegian.
Lea Note: might explain the awesomeness?!

I did most of my growing up in Colorado. I was a football player and quarterback throughout school. But, I never really hung out with one group. Kinda hung out with all the clicks in school. Being a military brat and moving a lot helped to instill in me at a young age that family/blood came first.  My brothers and I always had each other. I wanted to join military growing up but when it came time I was tired of moving. Instead I decided to serve my country by Law Enforcement. Was S.W.A.T. for about 10 years doing operations from basic search warrants to hostage rescue. I've seen a lot of horrible things in that time but hoped I made a difference in someone's life.

I do everything I can with my family now, they are my world.  My lil girl and boy are going to grow up quick. I volunteer to read books at their school, take toys and visit with mentally handicapped children... it's things like that, that make life worth living.

Other than that most of my time is occupied by bodybuilding, hand to hand combat training, and shooting guns. Never could let the warrior aspect of my life go.


Don't chase your dreams, stalk them. So sayeth the Reaper. 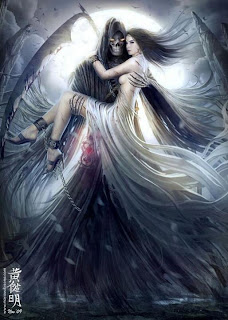 What was your first tattoo? Does it have meaning to you?
My first tattoo was a tribal eagle on my left shoulder blade and its meaning was to represent the United States.  I plan on having a tribal tattoo for every country I visit.  I have always wanted to travel the world.  I love meeting all types of people. 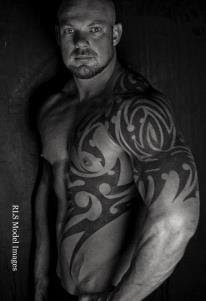 Do you have more tats planned?
Oh, yes I plan on getting a tribal wolf for visiting Canada, a tribal scorpion for going to Israel, and then I need a tribal tattoo for Mexico.  Any ideas? I'm open to suggestions.  I have a trip planned next year to Spain and I want a tribal bull :)
Lea Note: Me thinks he's going to need more skin for all these tats... or perhaps they can be placed in fun places...

Do you buy into tattoos being addictive once you start getting them?
No...well um maybe :) 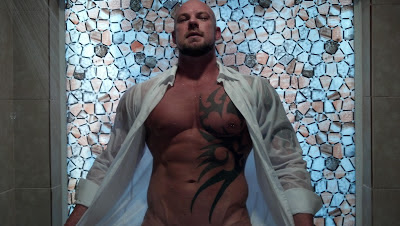 Lea note: sorry I was tracing the path of that water... Wait, I have a better one of water... 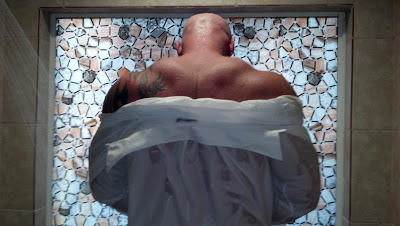 Not what you were expecting? How about this one?? 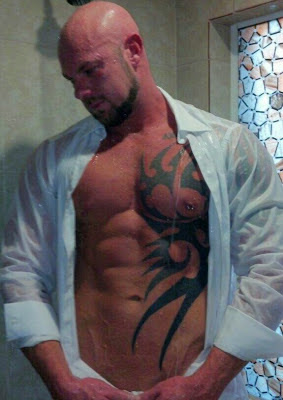 What's your plans for the immediate future? Long-term?
In the immediate future I am relocating to the beach in Gulf Shores, AL.  I will be moving  there in the next couple of months and concentrating on my bodybuilding career and fitness modeling.  Long term plans are to continue to grow to be a better husband to my wife and a better father to my little boy and little girl. They are my world. 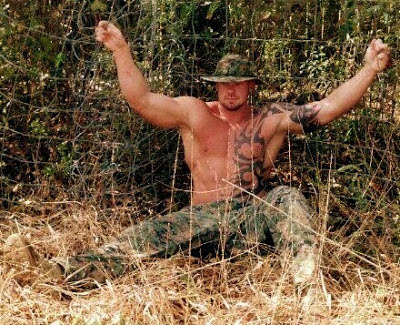 What's something about yourself that most people don't know?
Hmm...I guess it doesn't matter now, most court cases are over.  I worked for a sheriff's department for some years.  I worked as an undercover agent buying drugs and guns for three years and then spent the remaining time as a S.W.A.T. officer performing operations from hostage rescue to executing search warrants on homes. 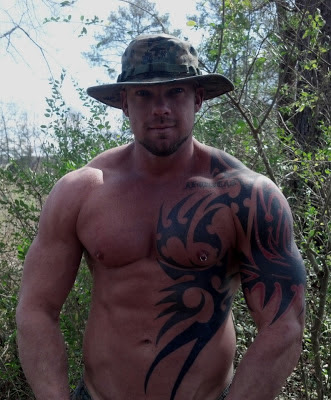 If you were a superhero, what would your power be? Your weakness?
I have always wanted to be Superman :) So flying and super human strength would be my super powers.  My weakness would be Wonder Woman, my fav female comic heroine, she's hot!  Another weakness might be Froot Loops, because that is my weakness now.  Love me a bowl of Froot Loops before I go to bed. 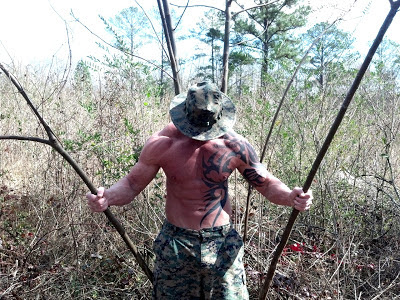 Are you a reader? What are you reading now?
Well, on the advice of two authors I know *cough* I'm reading the Black Dagger Brother series by JR Ward. One of them *Lea* suggested I'd be a great fit as Rhev. My wife thinks I'm more like Rhage...
Lea Note: really, which brother would you cast him as?
Bottle or can?
Bottle (Corona)
Chocolate or vanilla?
Strawberry
Muscle car or motorcycle?
Harley Davidson motorcycle

Do you want more of Dominic? He was interviewed over at Danica Avet's blog as well.

And follow these lovely people if you want more military yumminess:
http://www.facebook.com/SexyMilitaryMen


All images are copyrighted by RLS Images or Dominic Dasinger and may not be used without writing permissions  http://www.facebook.com/rlsmodels
Posted by Unknown at 1:00 AM