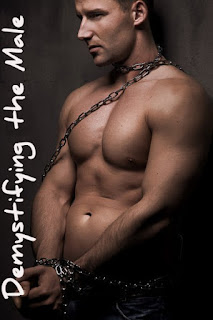 Welcome to Demystifying the Male

This week is all about giving and receiving gifts... the DtM way!


What was the sexiest present you’ve received during the holidays?

Phil: I suppose I’d have to say Nookie.  I really don’t recall receiving a gift I could call sexy.  Gifts to me are usually practical in nature, rather than whimsical or sexy.  Who knows, maybe this year will be different.

Ramrod: Well it wasn't during the holidays, it was on a trip back from Florida.  My present was an exhibitionist fantasy played out by my wife.  After reading EC's Dirty Pictures for about an hour, somewhere past the Georgia border, she started stripping in the front seat of the truck as I was driving down the expressway.  We went down the express way in moderate traffic, No window tint with her skirt pulled up to her waist and her topless.  We fondled each other back and forth for a couple of hours. When she though I was teased enough, she traded her hands for her lips and finished me off.  She stayed topless until we pulled into a rest stop about a half hour later. What made it sexier is I have pictures to re-live it. It would make a good EC for Men story if I could write.

Phil: A bustier that makes her yummy.  Nuff said!

Ramrod: The Sexiest gift I have given according to my wife is after a bad day, a message with a happy ending.  I usual start by rubbing her back and legs in attempt to behave my self.  After she is good and relaxed, I start to turn up the heat.  I work my way closer and closer to between her legs till I have full access.  Once she has gotten off a few times, I go back to a standard message until she falls asleep.


Coolest gift you've ever given or received?

Jose: The coolest is I bought my moms a 55-in T.V. last year. Think that was pretty sweet.


Vile: A new Flogger, and ball gag. To use on someone else of course.

Ramrod: The coolest gift I have received was on my wife's Birthday.  She surprised me last summer with a new 2011 Harley Davidson Nightrod.  Yes, you read that right, she bought Me a Harley on Her birthday. A few years earlier  I sold my Honda to pay bills and she said I was over due for some "Ted Time". Whenever I would get stressed out, Ted and I could just hop on our bikes and go for a ride.  No talking needed, just the open road and a friend to share it with. I had been looking a bikes for months and knew what I wanted but hadn't tried to find one.  So while I was at work, she went on the hunt to find me a bike.  The local dealership tracked the exact one she was looking for in PA.  Without knowing the price of the bike, she filed out the loan paperwork and laid out a $1000.00 deposit to have the bike shipped to Ohio.  She then came up to work and gave me a small box wrapped in Harley wrapping paper.  It was a Harley Davidson key chain and a picture of a Nightrod.  At first I was thinking it was another nudge to go and pick out a bike, then she handed me the loan paperwork and told me Liberty Harley Davidson will be delivering it in two days.  Not only is it the coolest gift, it has a cool story behind it as well.

My fearless, mostly permanent men, o' the hour are: 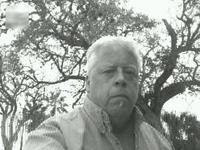 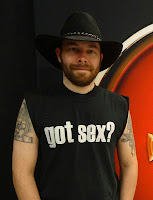 
If you have other questions you'd like to pose, ask your questions by leaving me a comment, shooting me an email or finding me on Facebook or Twitter. I'll make sure your questions are answered. Make sure you come back and visit every Thursday for another installment.
Posted by Unknown at 1:00 AM