My feral children, the hubs and I are heading off to the deep woods of Western New York for the week. We'll be tent campin', bikin', swimming and being lazy!

I'll be spending my lazing time writing and trying to get a couple of WIP's finished. But, for your viewing pleasure, I'm leaving you with a couple sexy pics, an excerpt or three, and a wish that your week is fast and painless.

A hand stroked up her calf and rested lightly on top of her mound, warm and heavy. He stroked lightly down her other leg. He lifted his hand from her and took his warmth with him. She couldn’t hear him and strained to sense his location in the room. Fear, thick and sour, coated her tongue. She knew he wouldn’t hurt her but her instincts were screaming to lift the blindfold. She panted with the effort to lie still.
“I want you to lie there and listen to me for a moment. You and I are embarking on a journey tonight. We’re going to explore your submissive nature and I’m going to prove that I can dominate you. You will address me as Sir, and you will do what I say. You will not be allowed to make any decisions other than to submit to me. Do you understand?”
“Yes, Sir.” Heather’s belly quivered and her answer shook. His voice was hard, his tone was commanding and she was wet.
“Good girl. Now I’m going to take away your sense of hearing. Don’t forget the children are sleeping, so you are to stay as quiet as you can. Oh, and you are not allowed to move,” he said in a whisper right next to her ear. She felt his breath, soft and warm, tickle across her shoulder. Goose bumps rose along her arms. Headphones slid over her ears and the soft swish of ocean waves drowned out all other sounds. Alarm trickled through her thoughts, making her wet and heated at her core. 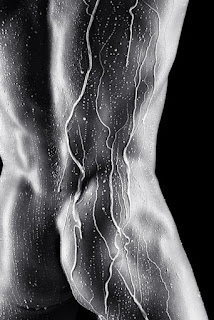 Nick cleared his throat and waited. He watched a beautiful shade of pink creep across her cheeks. He silently sighed. They were back to being strangers again, even after sharing amazing releases not six hours before. He couldn’t go back to pretending they weren’t meant for each other. He refused to ignore the need he felt coursing through his body at the moment. Even watching her wipe coffee from her hands was making him hot. He wanted her naked under him, thrusting into her body until she refused to ignore her need for him. The taste of her had done nothing but whet his appetite for more. He needed to feel her coming around his cock, squeezing him while gasping his name. He wanted to feel her teeth bite into him as he came. He wanted her to mark him, claim him, own him.
“Willie. I’m not going anywhere, so you might as well look at me.”
“No,” she whispered. “I can’t do this, Nick, I just can’t. You mess with my head too much for me to try and deal with this today.”
He strode through the kitchen and crowded her against the cupboards. With a single finger, he nudged her head up, forcing her to look at him. Fear and confusion clouded her chocolate eyes. “There isn’t anything to deal with, love. I’m not going to pressure you into anything, and you’re definitely not going to come after me, so we’re fine.”
He watched something close to disappointment move through her eyes before she clamped down her features and the smooth mask of disinterest descended. He sighed at the loss of openness. Perhaps when all this was over she would be willing to open up to him, to share herself with him instead of hiding.


Have a great week. Wish me luck!

Email ThisBlogThis!Share to TwitterShare to FacebookShare to Pinterest
Labels: Half in Love, Valentine Master